We want to help our kids develop healthy perspectives about sex, and not let the media be their only source of information. On the Internet, even innocent searches can lead to sexual imagery or pornographic content. So, it’s important to talk early and often to make sure your kids get the messages you care most about communicating.

Figure out what you want your kid to know.
Identify your own personal concerns: What are you most worried about with respect to sexual imagery on the Internet? Why? How might the Internet interfere with your goals for your child’s healthy sexual development? What alternative messages do you want to make sure they receive?

It may be awkward, but it’s important to talk to your kid about:
• your key concerns regarding his or her exposure to age-inappropriate sexual images and messages
• why you have these concerns
• what you hope for your son or daughter with respect to intimate relationships, now and for the future

At the same time, you can encourage your kids to view media messages critically. Point out that sex often gets everyone’s attention, so in the media sex is often used to sell something. It is important that your children understand that scripted sex is not reality. Pornography is extreme and not representative of the vast landscape of human sexuality; plus it can convey an exploitive and degrading perspective.

Pay attention to your tone.
It is important to remember that how you talk to your teen regarding this subject is just as important as what you discuss. Your tone and body language will communicate as much as your words! Think of two or three adjectives that describe how you hope you’ll come across to your child when talking about
sexuality. Then, keep those words in the front of your mind as you enter the conversation. Humiliating, shaming, or using scare tactics on your child regarding their sexual curiosity is both damaging and counterproductive. Your child’s interest and exploration of sex and their own sexuality is both natural and
normal. By making your son or daughter feel ashamed, you will lose the opportunity to help him or her navigate future challenges and develop his or her own values.

Take that first (difficult) step.
A great way to start the conversation is by simply asking your child if any of their friends have had conversations with their parents about pornography or sexual imagery on the Internet. You can say, “I know it can be awkward to talk about at first, but there are some really important things I want you to know.” If you are nervous, write down what you want to say or practice when no one is around. Remember that no matter how the first conversation goes, this isn’t meant to be a one-time discussion; you can (and should!) revisit or continue the conversation later if you forgot to include something or want to reemphasize a particular point. You’ve already fought half the battle just by taking on the conversation. Just by starting a conversation, you have communicated to your child that this is on your mind and that you’re clued-in, aware, and concerned.


If you or your teen comes across any material that sexually exploits minors, you do have a duty to report it. You can report it to your local authorities or contact the CyberTipline for the National Center for Missing and Exploited Children. You can contact the center 24 hours a day at 1-800-THE-LOST or report an incident online at www.cybertipline.com.

Although there are very real, serious consequences associated with sexting, it’s important to also focus on the motivations behind it and the risks associated with the behavior. Understanding the phenomenon can help us prevent kids from using poor judgment and engaging in self-destructive behavior. Sexting is increasingly prevalent among kids — no longer something we can assume only happens to other families. Yet, it also confuses and angers many parents who can’t imagine digitally sharing something so intimate.

Remind your kids that sexting has long-lasting consequences. It’s important to communicate that sexting can hurt everyone involved. In many states, sending nude photographs is illegal — particularly when minors are involved. Taking, possessing, or distributing naked images of minors can have significant legal consequences for the sender and the recipient. Second, many schools are still figuring out how to react to sexting, and consequences may range from suspension to expulsion. Regardless of the school’s action, students themselves may feel pressure to change schools after such pictures get out, as the social ramifications can be devastating.

Remind kids that any private messages can be made public online. Even if your kids insist that they completely trust the recipient, once they press Send, they lose control of the message. Help kids think through the “what-ifs”: A recipient loses his or her phone; a friend scrolls through another’s messages; a parent checks a kid’s phone; the recipient changes his or her mind; the relationship circumstances change. Any message or photo can be copied, screenshot, or forwarded. Sexts can be used for bragging rights or even for revenge. Emphasize that there are just too many real risks that they can’t control.
​
Explain to your kids that sexting is not a normal or common behavior. Boys tend to believe that other boys are readily receiving sexts from their female peers. We’ve heard stories about teenage boys keeping naked images on their cell phones that they found online as evidence of “sexts they’ve received.” Often this idea can pressure boys to ask for sexts as a marker of masculinity and sexual desirability. Kids also may be tempted to engage in sexting because they desperately want to experience and “prove” their closeness with others — and they are still learning how to navigate these close relationships and express their feelings appropriately. Take this as an opportunity to talk about other ways to communicate attraction and closeness. Explain that it’s normal to want to show someone that you care about them — and even to want to impress a crush — but there are far less risky ways to do it than sending a sext. And anyone who asks for one does not have your best interests at heart.

Laws Pertaining to Sexting in the State of Arizona

Arizona has a specific “sexting” law that applies to minors only. In general, a minor who engages in sexting with another minor could be guilty of a petty offense or class 3 misdemeanor depending upon the facts and circumstances. Adults over the age of 18 who engage in sexting with a minor face prosecution under the state’s strict child pornography laws. 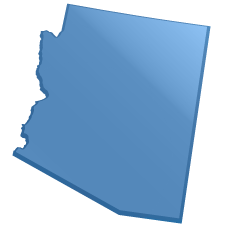 The new sexting legislation only applies to minors. If you are 18 years of age and you record, film, photograph, develop or duplicate, distribute, transport, exhibit, receive, sell, purchase, electronically transmit, possess, or exchange any visual depiction in which a minor is involved in exploitative exhibition or other sexual conduct, you could be charged with sexual exploitation of a minor which carries a prison term of up to 17 years for each image transmitted. In general, probation is not available for those prosecuted under the statute.

The new sexting law applies to minors under the age of 18 who knowingly or intentionally use an electronic communication device (e.g., computer, phone, etc.) to transmit or display a sexually explicit depiction of a minor to one other person (who is a minor).If a minor is caught possessing an image of a minor engaged in a sexual act, the minor would be guilty of a petty offense.
If charged under the sexting statute a minor may be able to complete a diversion program.
In general, in a diversion program a probation officer will be assigned to the case and explain the program to the minor. The program will usually require the minor to participate in a certain amount of community service, and may also require restitution to the victim and educational classes. Upon completion of the program, the case will be dropped by the State.

Minors will generally not be prosecuted under the law if the child: