Motivating Underachievers: When Your Child Says "I Don't Care"

Do you have an unmotivated or underachieving teen or pre-teen?
​Is your child’s answer to everything,
​“I don’t care” or “It doesn’t matter?”

How Can Parents Motivate Their Teen or Pre-teen?

Once you realize that your adolescent is motivated to do nothing, it will become obvious to you right away that he actually puts a lot of energy into doing that “nothing.” He puts a lot of energy into resisting you, to withdrawing from you, to making complaints. When you talk to an adolescent who's an underachiever, what you hear are a lot of errors in thinking. “I can't; it’s too hard; it doesn't matter; I don’t care.” In fact, “I don’t care” is their magic wand and their shield—it takes off pressure and makes them feel in control all at the same time. The words “I don’t care” empower them. When they start feeling anxious about their place in life, it soothes them to say it doesn’t matter; they use it like a soporific or a drug. “I don’t care” also helps them deal with their anxiety. Fear of failure? “I don’t care.” It's hard to do? “I don’t care.” It dismisses everything.
​
Frankly, you can't make your child care. Let’s be honest, the old saying, “You can bring a horse to water, but you can't make him drink” is true. But understand that while we can’t make our kids drink, we can certainly try to make them thirsty.
​

9 Ways to Get through to Your Underachieving Child or Teen

Look at What Your Child Likes: Look for things that can be used as rewards for your child. Make a point of observing what your child likes and enjoys now. And don't take his word for it; he'll tell you he doesn't care about anything; that “nothing matters.” But look at his actions—if he watches a lot of TV, plays on the computer, if he likes video games or texting, you know what he likes. Ask yourself: does he like going to the movies? Does he like going fishing? Does he like taking walks? Take an inventory of the things he enjoys and write it all down on a piece of paper. (While I usually recommend that parents sit down with their kids and draw up this list together, in the case of kids who tend to withhold, I don’t think it’s a good idea. Don't ask a child who uses passive aggressive behavior; because he won’t tell you—remember, withholding is his way of maintaining control.) Later, you can use these things as incentives.
​
Take the Goodies out of His Room: I think underachieving kids should not have a lot of goodies in their rooms. Look at it this way: their room is just a place for them to withdraw. If you have a child who holes up in his bedroom, the computer should be in the living area—and if he's going to use it, he should be out there with other people. He also shouldn’t have a TV or video games in his room, and if he’s not performing, don’t let him have his cell phone, either.
I also want to be clear and state that it’s important to realize that there's a difference between being motivated to do nothing and being completely withdrawn. A child who won’t attend to his work or do his chores is different from someone who's depressed. If your child won't come out of his room, doesn’t seem to care no matter what you take away, and is often isolated and withdrawn, you have to take that seriously and seek professional help.
Make Sure everything is Earned Each Day: I think that you have to hold unmotivated kids accountable. Make sure everything is earned. Life for these guys should be one day at a time. They should have to earn video games every day. And how do they earn them? By doing their homework and chores. They earn their cell phone today and then start over tomorrow. Let me be clear: for these kids, Mom should hold the phone.
​
Have Conversations about What Your Child Wants: When times are good, I think you should talk to your child about what he would like to have some day. Try to sneak in different ideas to get your child to think about how he will achieve what he wants in life. Sit down with your child and say “So what kind of car would you like to have? Do you like Jeeps?” Try to get him to talk about what he'd like. Because later on you can say, “Look, I care about you and I want you to get that Jeep—and you're not going to get it by not doing your homework."
​
As a parent, I'd be talking this way to your child from pre-adolescence. You can say things like, “Just think, some day you're going to have your own place. What kind of place would you like?” That's the type of thing you use to motivate adolescents because that's what is real to them: they want to get an apartment, they want to have a girlfriend or boyfriend, they want to get a car. So have conversations about what it takes to attain those things. And don’t forget, it’s a mistake to give your teen or pre-teen lectures when you want them to do something—instead, make them see that completing their responsibilities is in their best interests, because it leads to the life they’d like to have in the future. 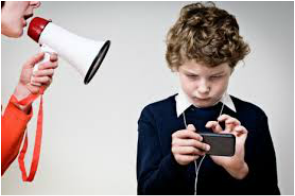 Don’t Shout, Argue, Beg or Plead: Personally, I think if you’re shouting, you're just showing your frustration—and letting your child know that he’s in control. Here’s the truth: when people start shouting, it means they've run out of solutions. With kids who are underperforming, I think you have to be very cool. Arguing, pleading, and trying to get your teen to talk about how they feel is not very effective when they’re using withholding as a relationship strategy.
You can try almost anything within reason for five minutes. So you can negotiate, you can reason, you can ask your child about their feelings. It’s fine to say, “Is something wrong?” Just be aware that a chronic withholder will be motivated not to answer you.
﻿“It Matters to Me.” Parents have to be very clear and tell their children that what they do matters to them. Personalize it by saying, “It matters to me. I care about you. I want you to do well. I can't make you do it and I won't force you. But it matters to me and I love you.”
By the way, when I tell parents to personalize it by saying “It matters to me,” that doesn’t mean you should take it personally. Taking something personally means believing that your child’s inappropriate behavior is directed at you. It’s not—in reality, it’s their overall strategy to deal with the stresses of life. The concept of “It Matters to Me” helps because relationships can be motivating, but your child is his own person. It's no reflection on you if he doesn't want to perform. You just have to set up the scenario and enhance the probability that he's going to do what he needs to do. But don't take it personally, as if somehow you have to make him do it. The truth is, you can't.

Stop Doing Your Child’s Tasks for Him: “Learned helplessness” is when people learn that if they don’t do something, someone will step in and do it for them—and it’s a very destructive pattern. When kids and teens use this shortcut, they don't learn independence. In fact, in families where this occurs, many times you'll find that the kids weren’t allowed to be independent very much. Perhaps they had to do things a certain way and all the choices were made for them. Eventually, they gave up; they surrendered.
Regardless of why your child might have an attitude of learned helplessness, as a parent, it’s important to stop doing things that he needs to do for himself. Don’t do his homework—let him do it. You can be available for help if necessary, but don’t take on his tasks. I believe one of the most important things an adolescent has to learn is independence, and if you take on his responsibilities, you’re robbing him of this chance to develop.

Learn How to Be a Coach: Let’s face it: it's often sports coaches who get the most out of our kids. It’s their job to help kids want to improve their skills. So the coach learns a little bit about each of his players. A good coach is not constantly saying, “You’re great, you’re the best, you’re a superstar!” Rather, they always keep their athletes looking forward by complimenting them on the specifics of their progress: “Nice layup, Josh. You positioned your hands better that time. Keep it up.” I think parents need to learn more about the Coaching parenting style. Always keep your child looking forward. Comment on his or her progress instead of telling them how great they are when they haven’t put forth much of an effort. Kids see through flattery and false praise just like adults do—and it usually backfires.

Set Deadlines and Use Structure: Tell your child clearly when to do chores and schoolwork—and when you want them done by. I think it's important to schedule these kids, to give them structure. “Do your chores from 3 p.m. to 4 p.m., and then you'll have free time until dinner. And during free time, you can do whatever you want to do.” There are other ways to motivate your child by saying, “If you can accomplish this in X amount of time, we'll go to your cousin’s house on Saturday” or “I’ll take you to the boat show this weekend.” Remember, not everything that your child likes to do costs money, so add those activities into the equation.
​
I think it’s important for parents to realize that being an underachiever gives your child a sense of control and power, because then he doesn't have to worry about the anxiety of failure or meeting challenging responsibilities. He doesn't have to compete with other kids. He doesn't have to deal with people's expectations. In fact, a large part of underachieving has to do with managing other people's expectations. That’s because once you start to achieve, people expect more of you. Kids feel this quite powerfully and they don't have much defense against it. So you'll often see that when people start expecting more of these kids, they fall apart.

Remember, it's not about who's to blame; it's about who's going to take responsibility. A kid who's an underachiever is motivated to do less—or to do nothing—because it gives him a sense of power and it gets him out of the stress of having to meet responsibilities. Your job as a parent is to help him by coaching him to meet those responsibilities in spite of his anxiety, fear or apathy.
~ James Lehman, MSW